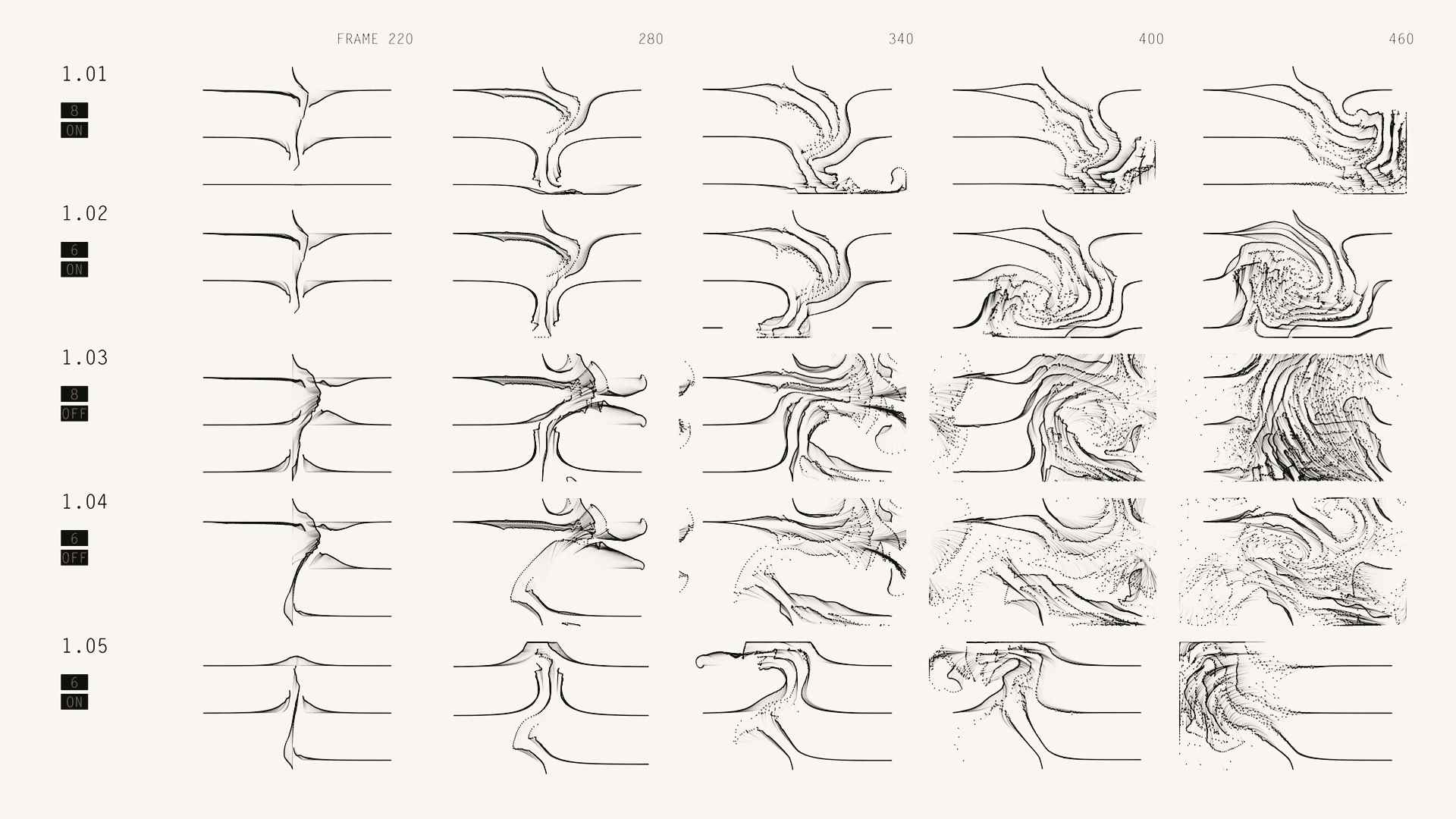 This project explored how altering specific variables in a swarm behavior algorithm could produce different patterns that could be later translated to a CNC machine.

A series of small models were produced to mirror the depth of the piece. Different iterations were made by changing the parameter of height and width. These pieces were later added to the final relief. 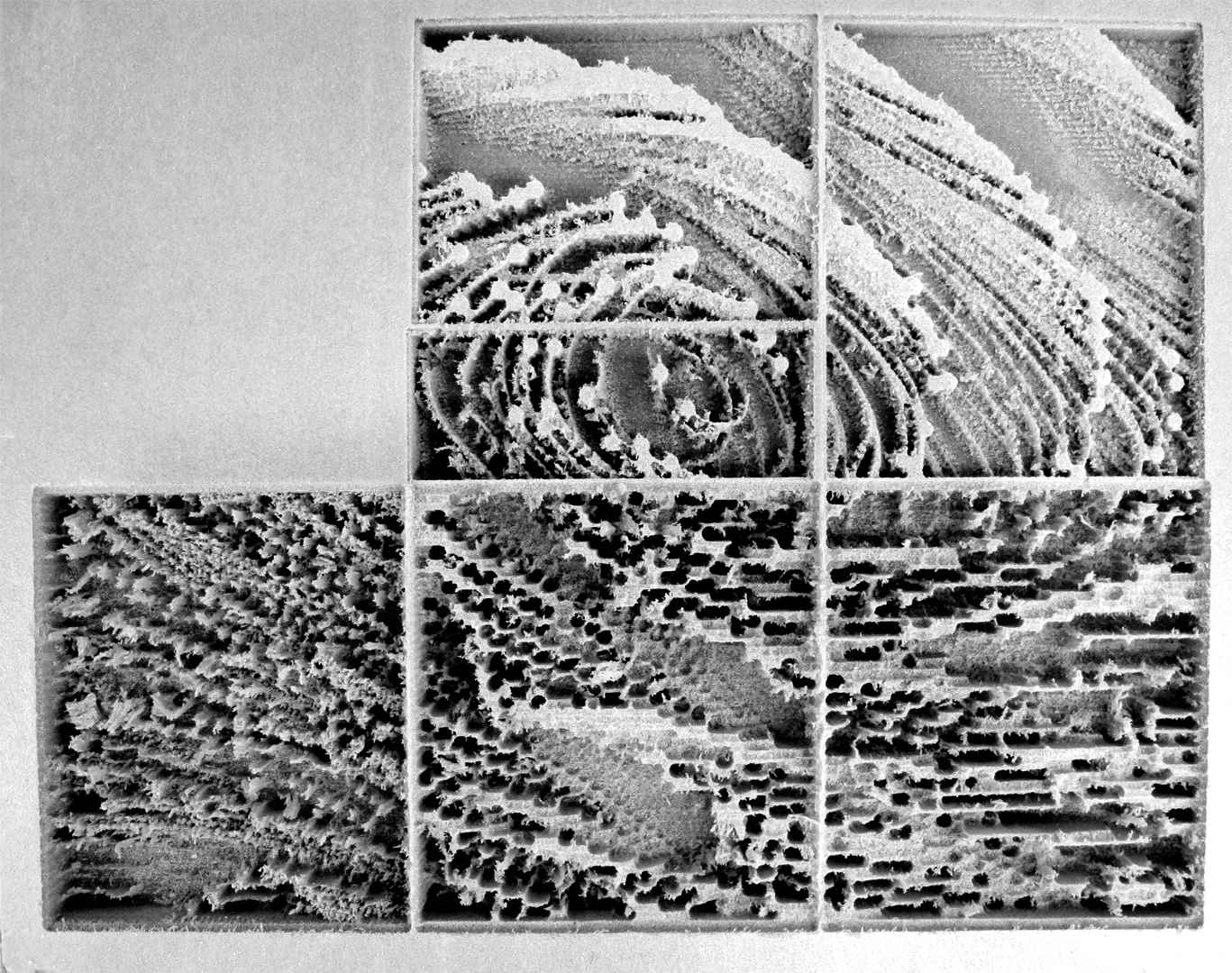 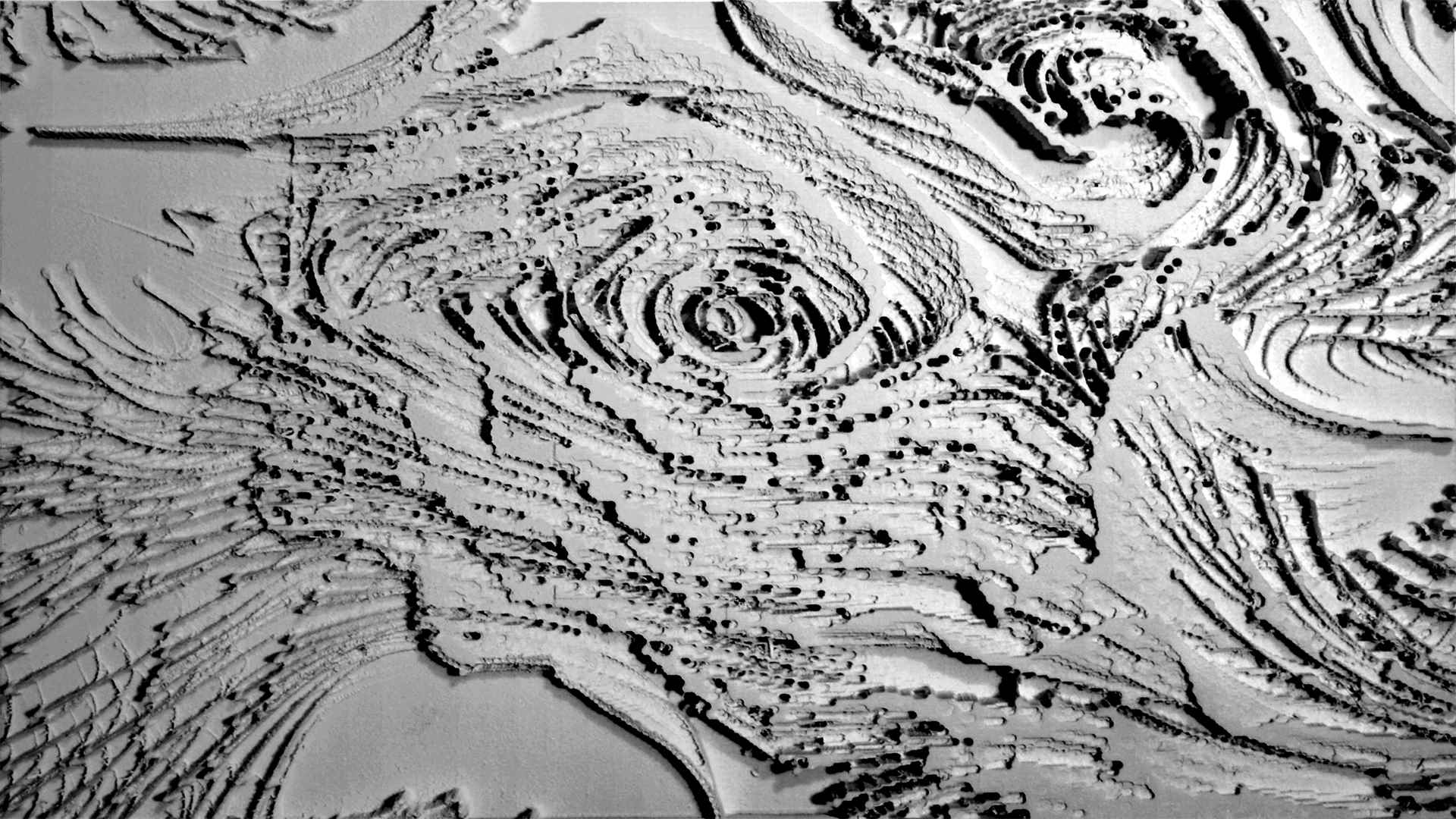 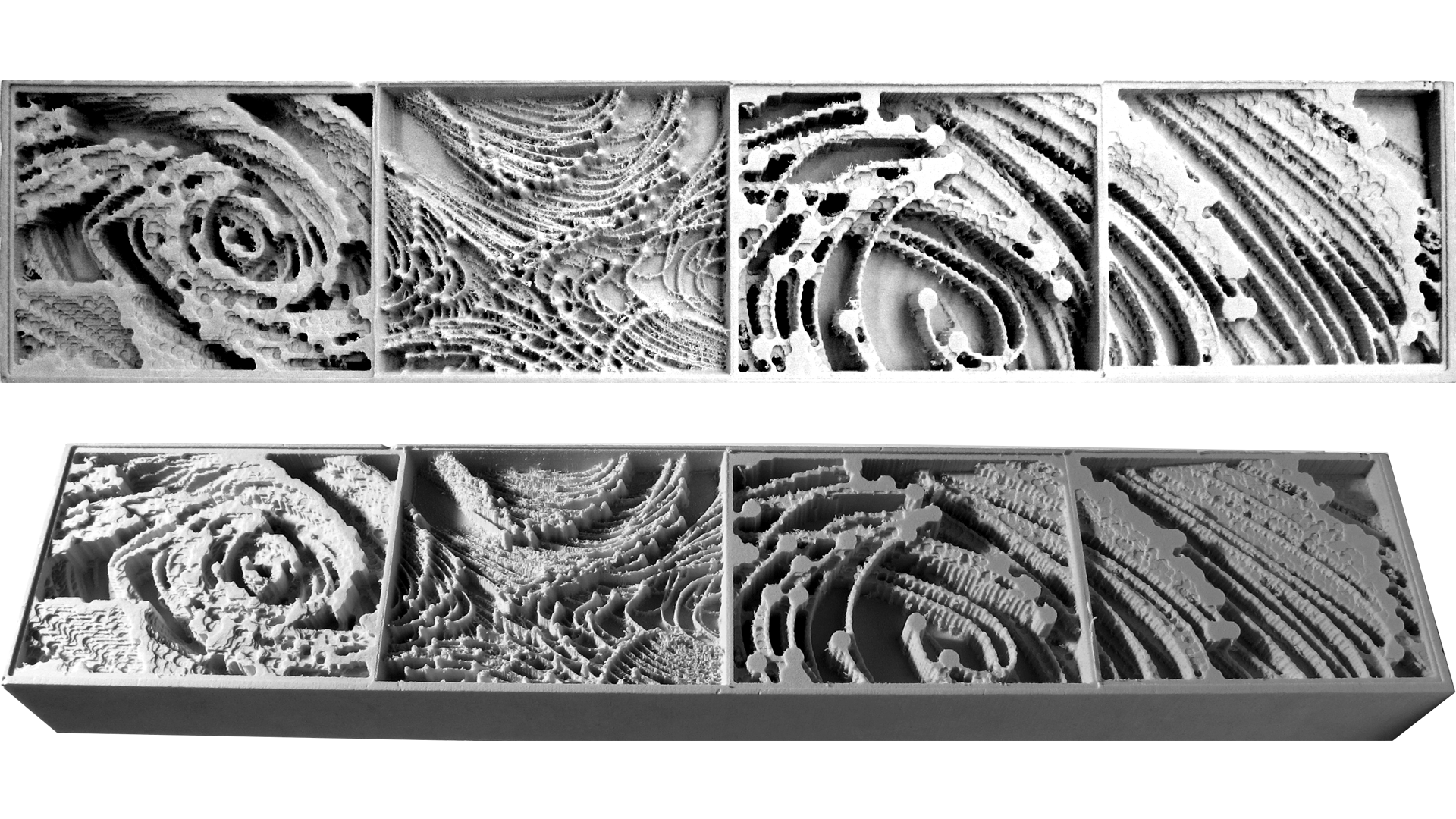 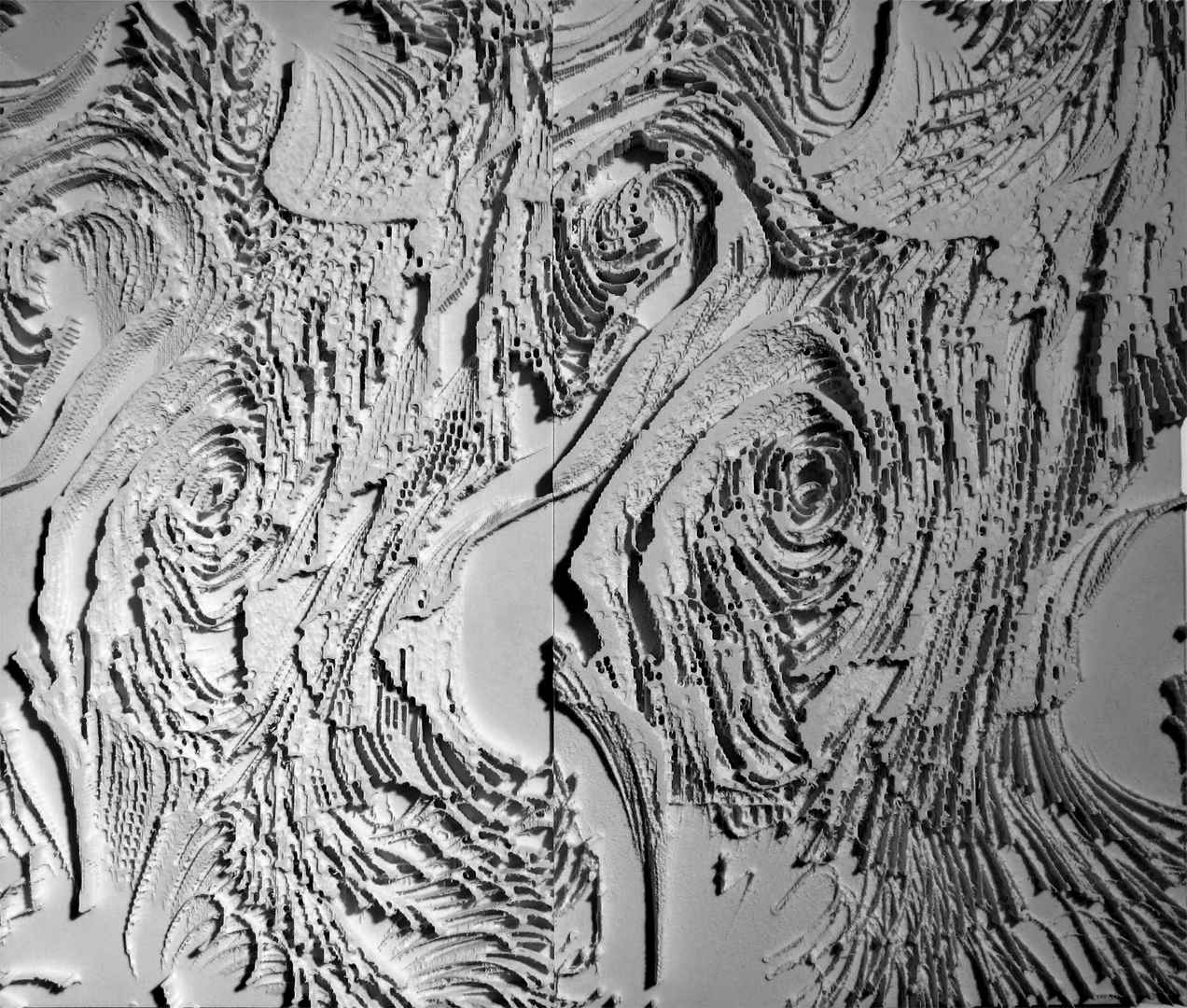 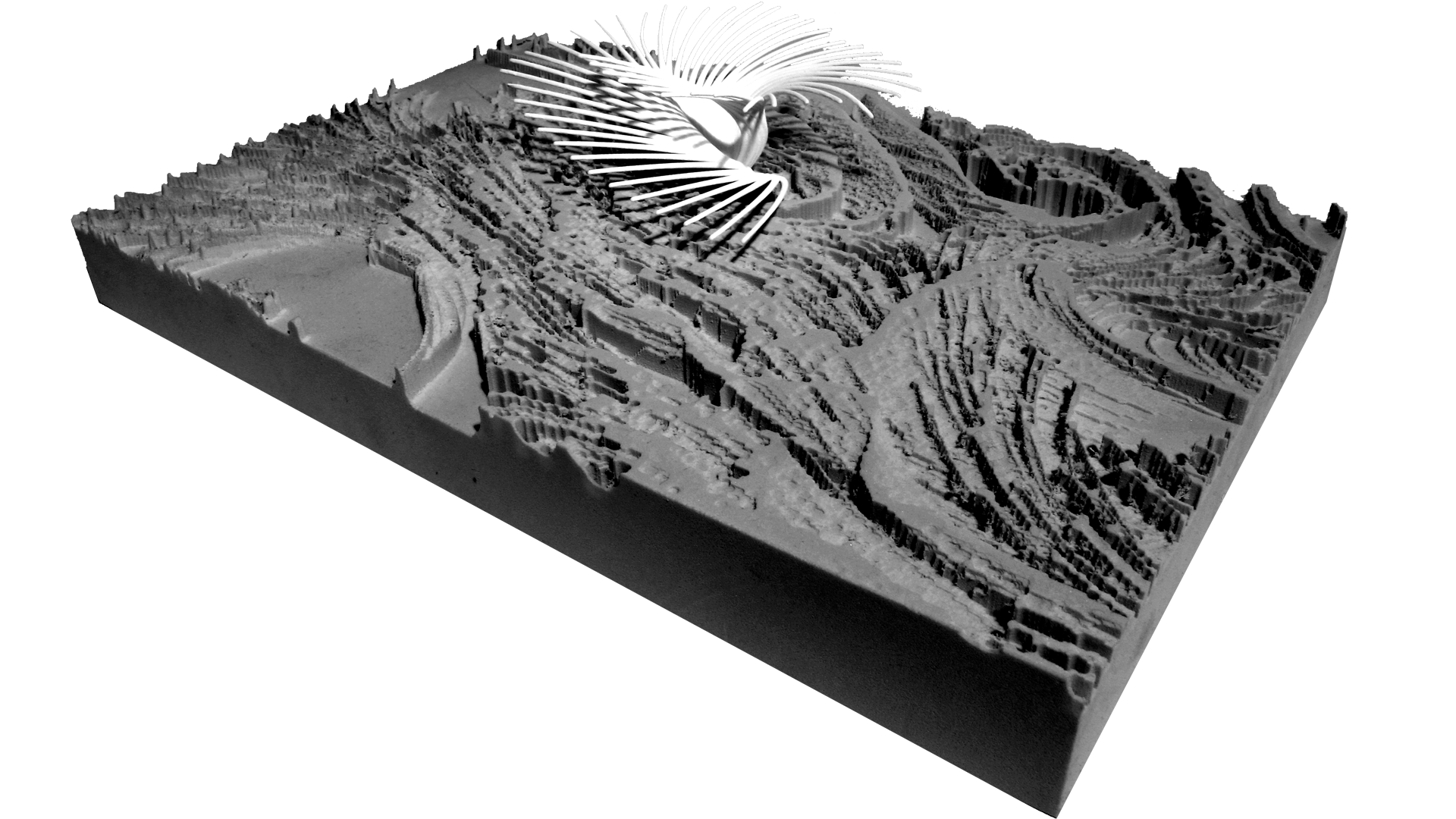 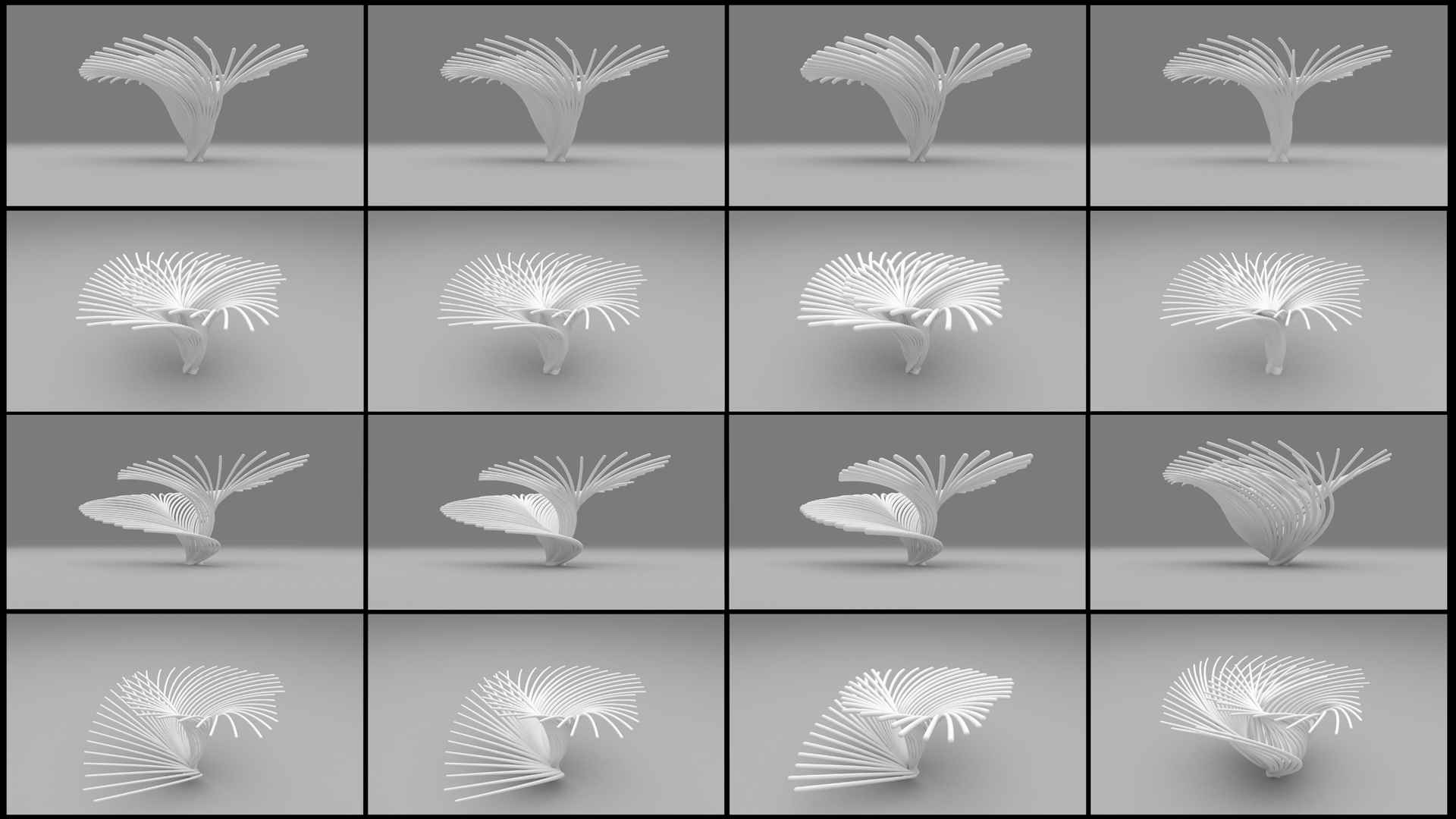