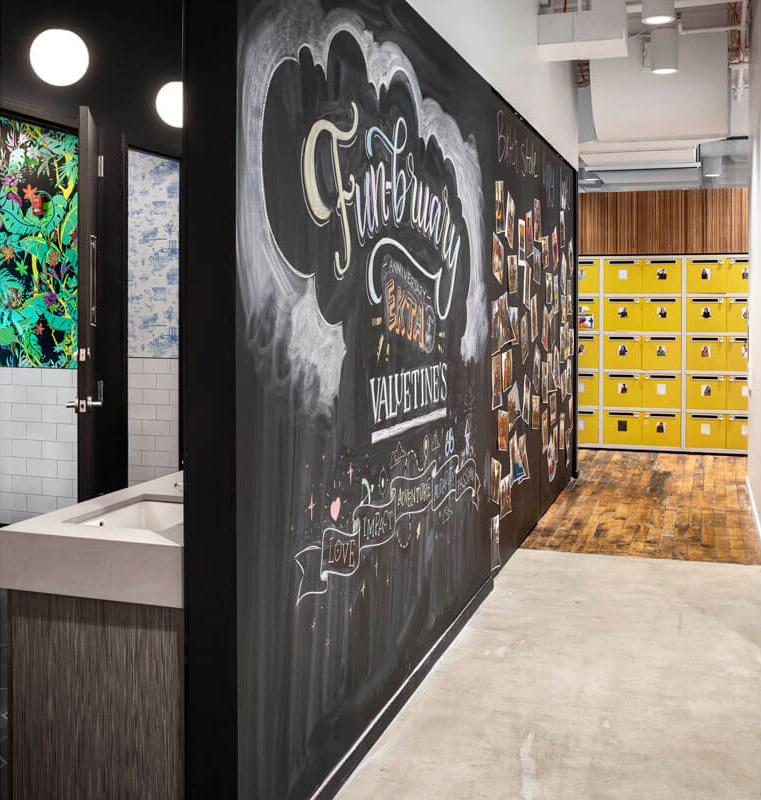 ?What If! is an innovation company that was looking to relocate their NY office to Industry City in Brooklyn. The idea for their space was to create a flexible open space that would allow the employees to have flexibility to work in different teams. The space was divided in three larges sections. The north wing is mostly designated to be a production space, where designers can prototype and collaborate through making. The middle bay was thought to be the open space that would have two main areas the entry as a bleacher area with a projectable wall and anchor island, designed to be a bid table that could serve as a stage. The south wing is designated to have flexible meeting rooms, with a series of telescopic doors the employees have the flexibility to change the room to accommodate their needs. 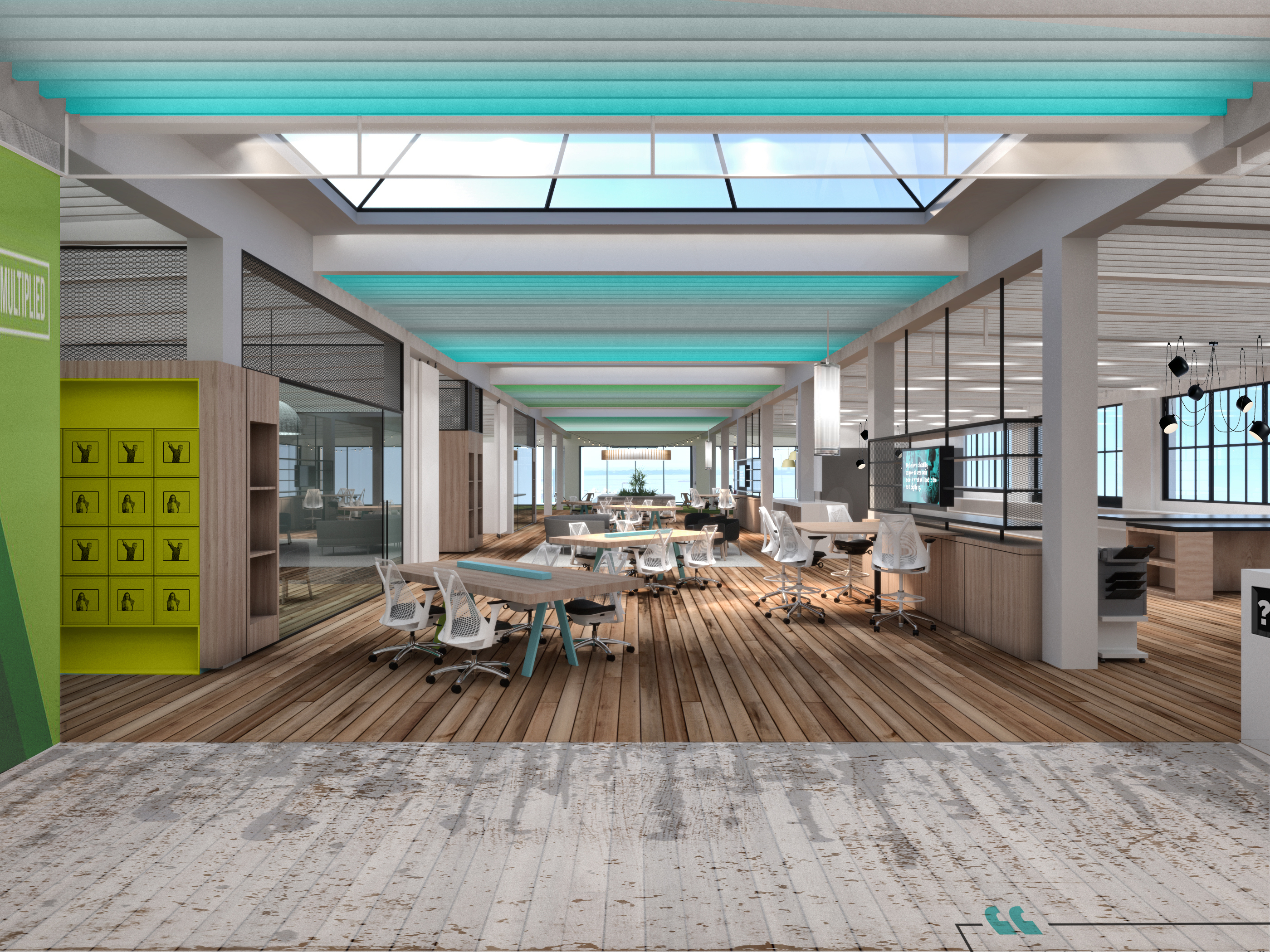 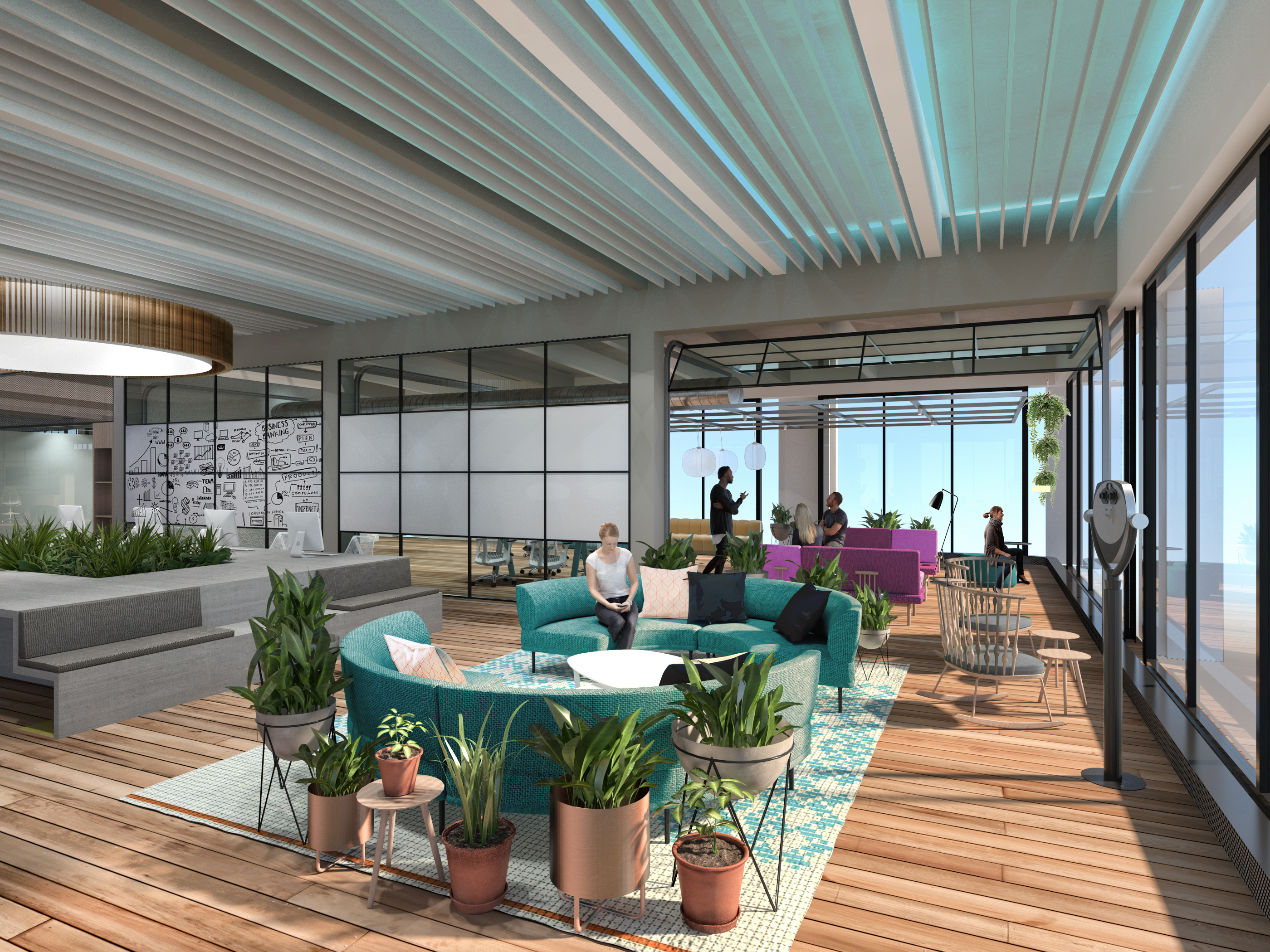 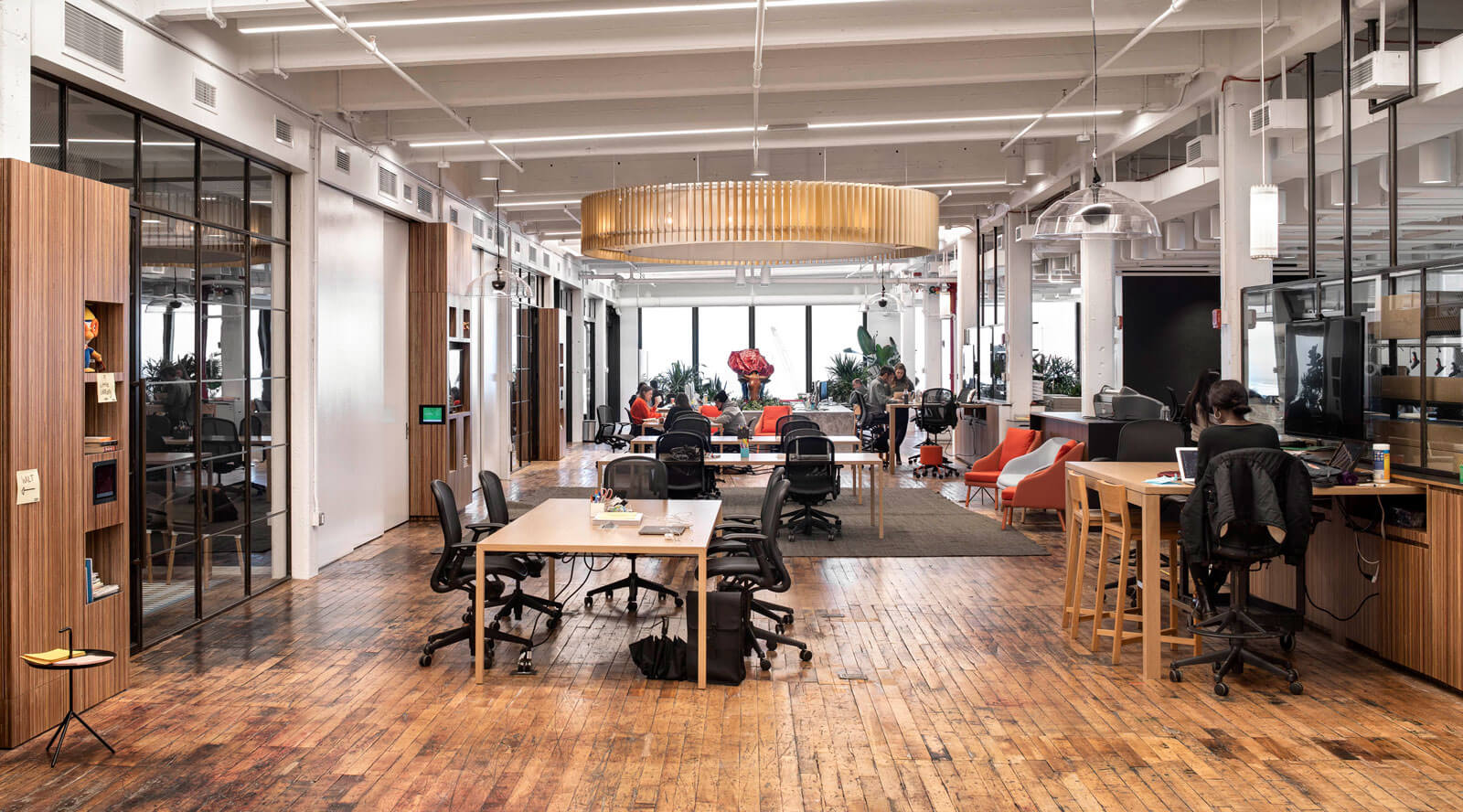 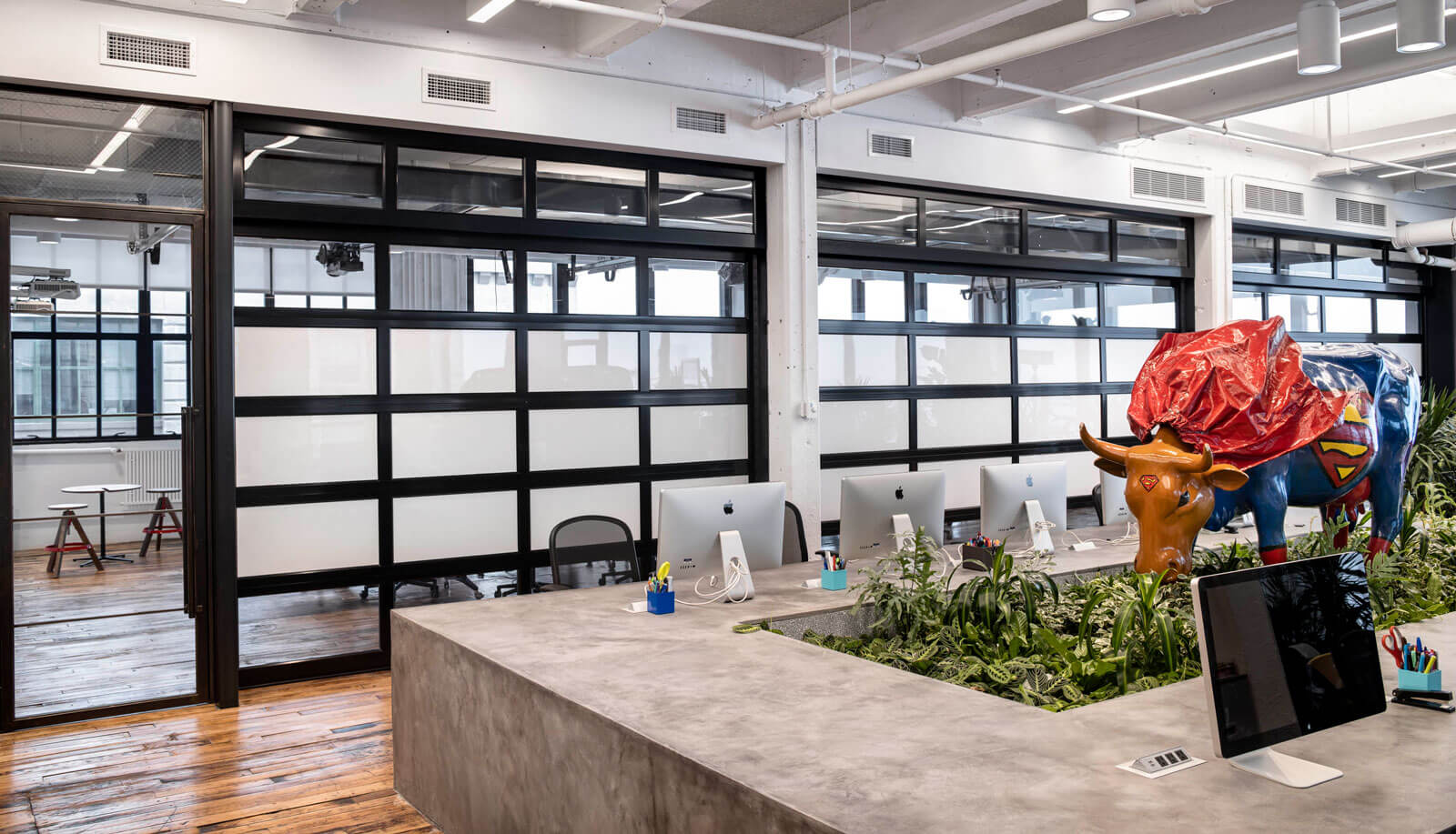 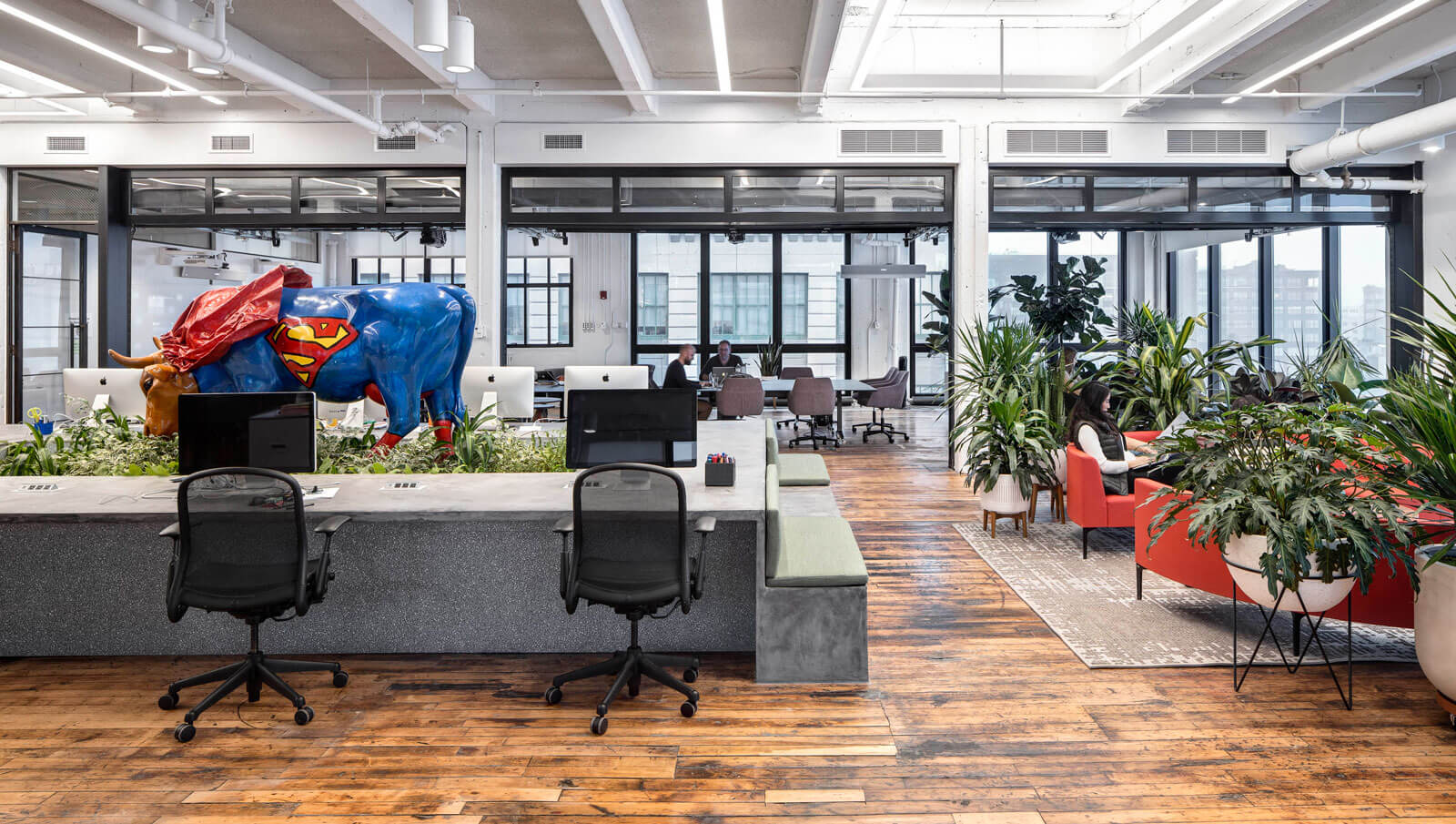 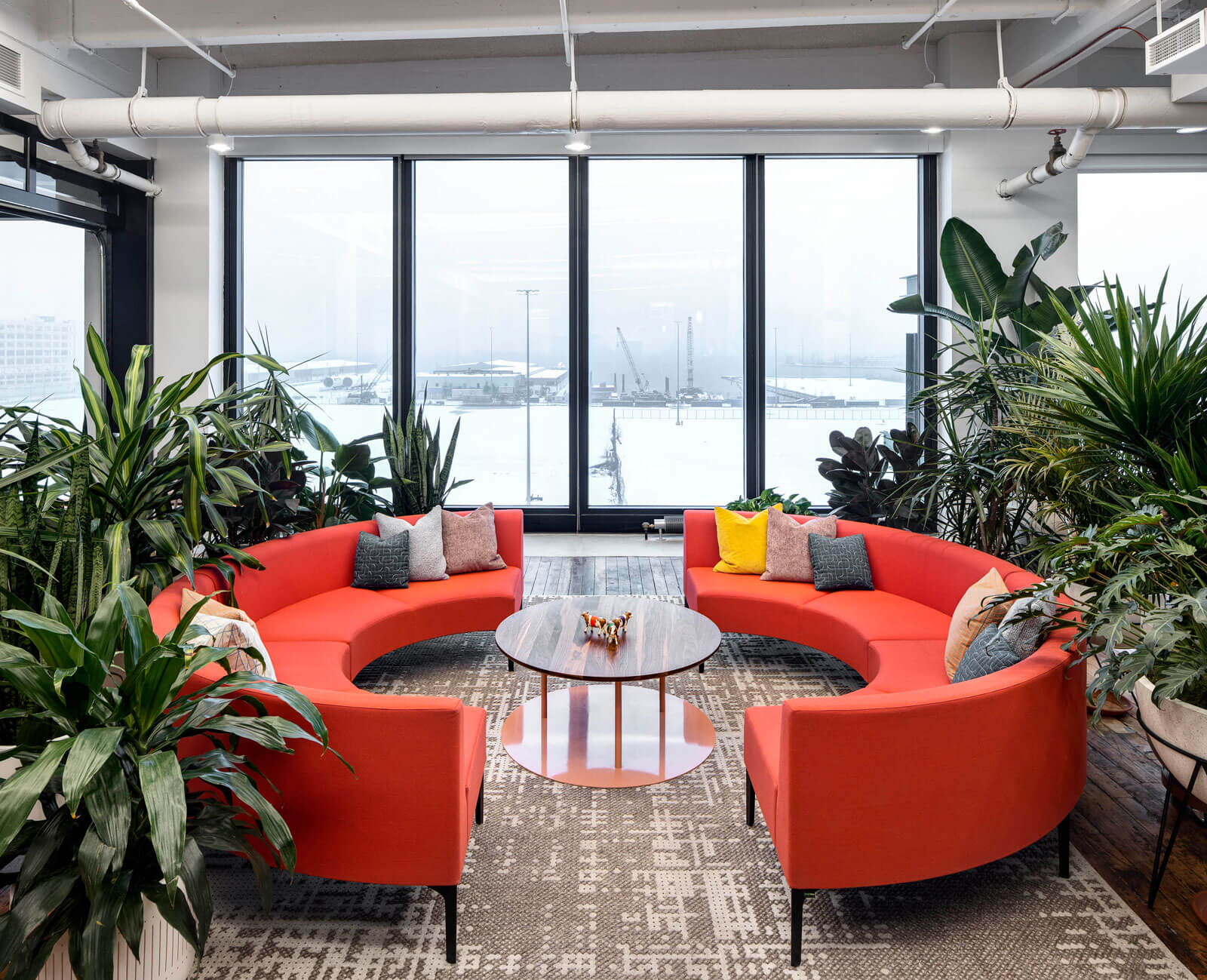 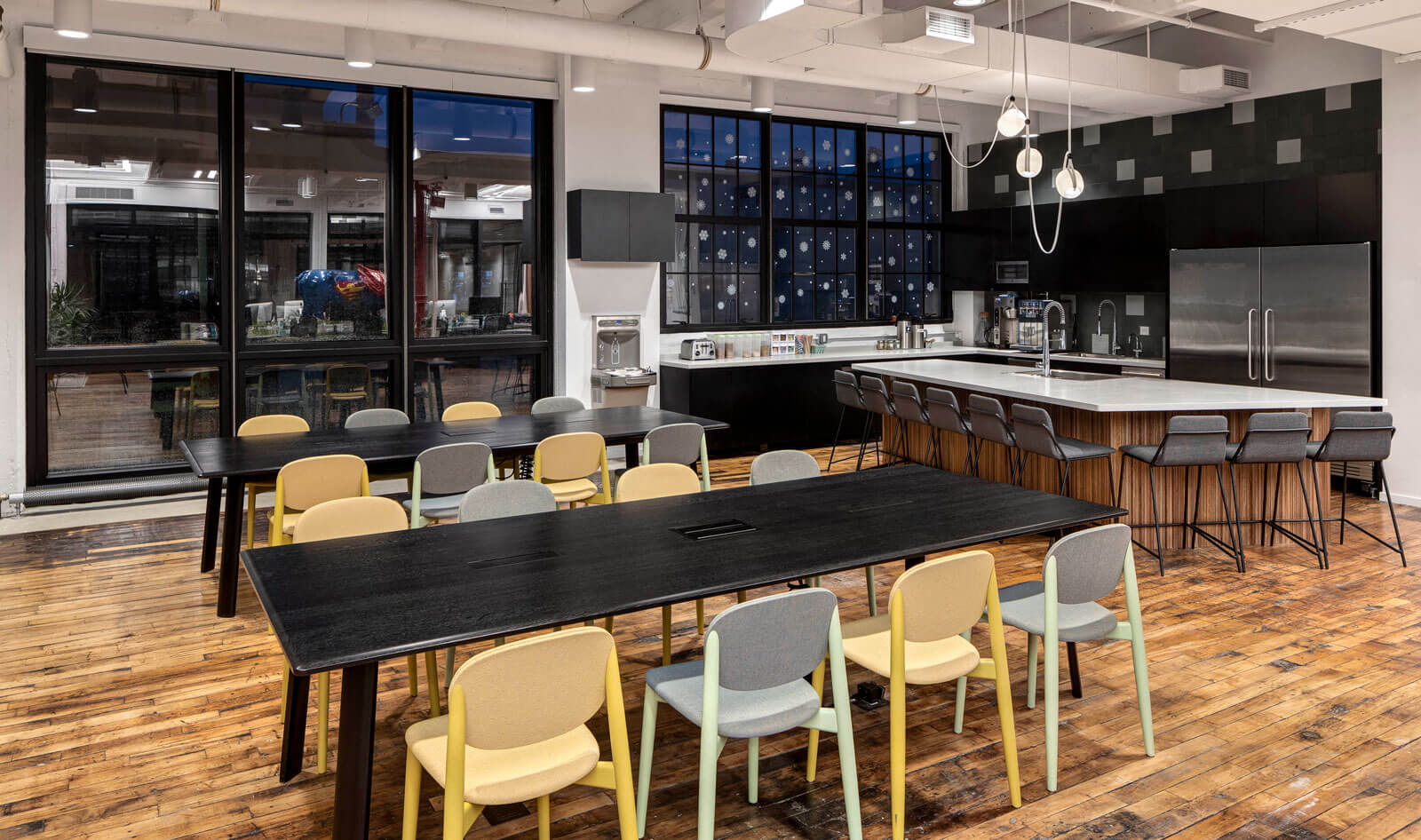 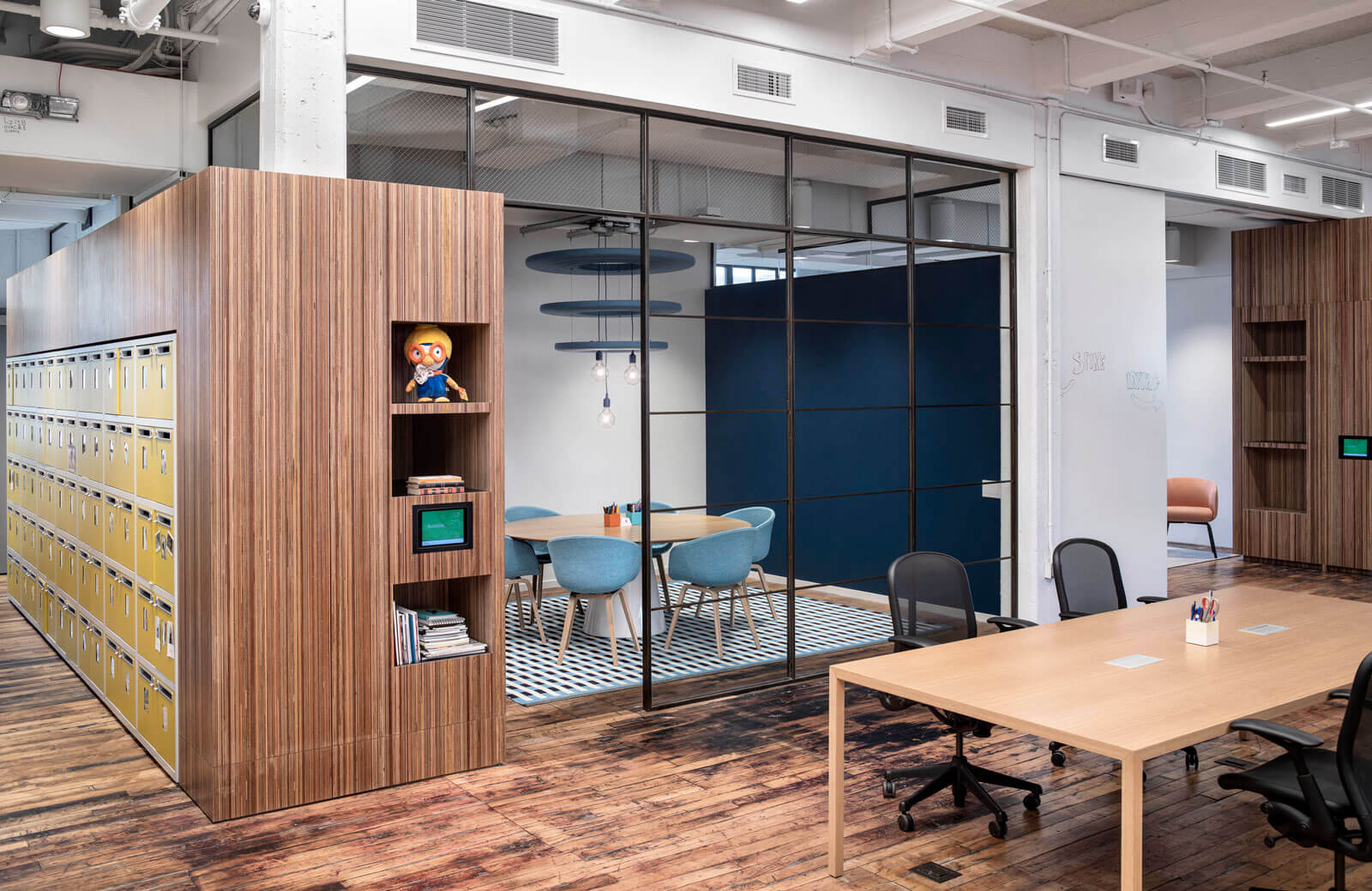 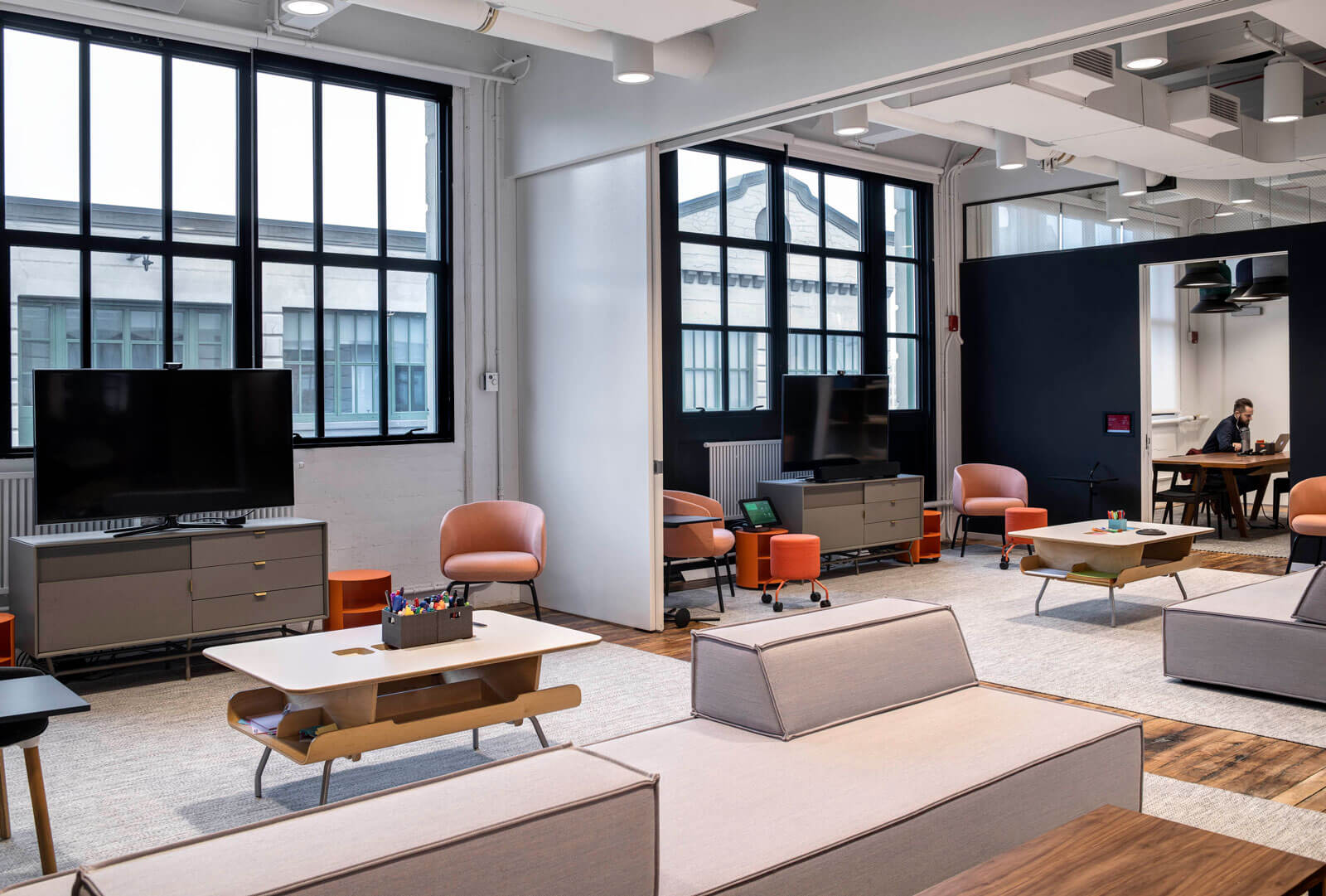